In December 2014, we decided to visit Mahabalipuram and Pondicherry. The plan was to spend a day and a half at Mahabalipuram and then go to Pondicherry. Our trip started with an early morning flight to Chennai. We hired a taxi from Chennai Airport and it took us about an hour to reach Mahabalipuram. Since it was not time for check-in yet, we dumped our bags at the reception desk and walked to the Shore Temple.

The Shore Temple overlooks the shore of the Bay of Bengal, hence the name. The temple structures are affected by the rough sea and salt laden winds. However, the Archaeological Survey of India has taken measures to conserve the monument. 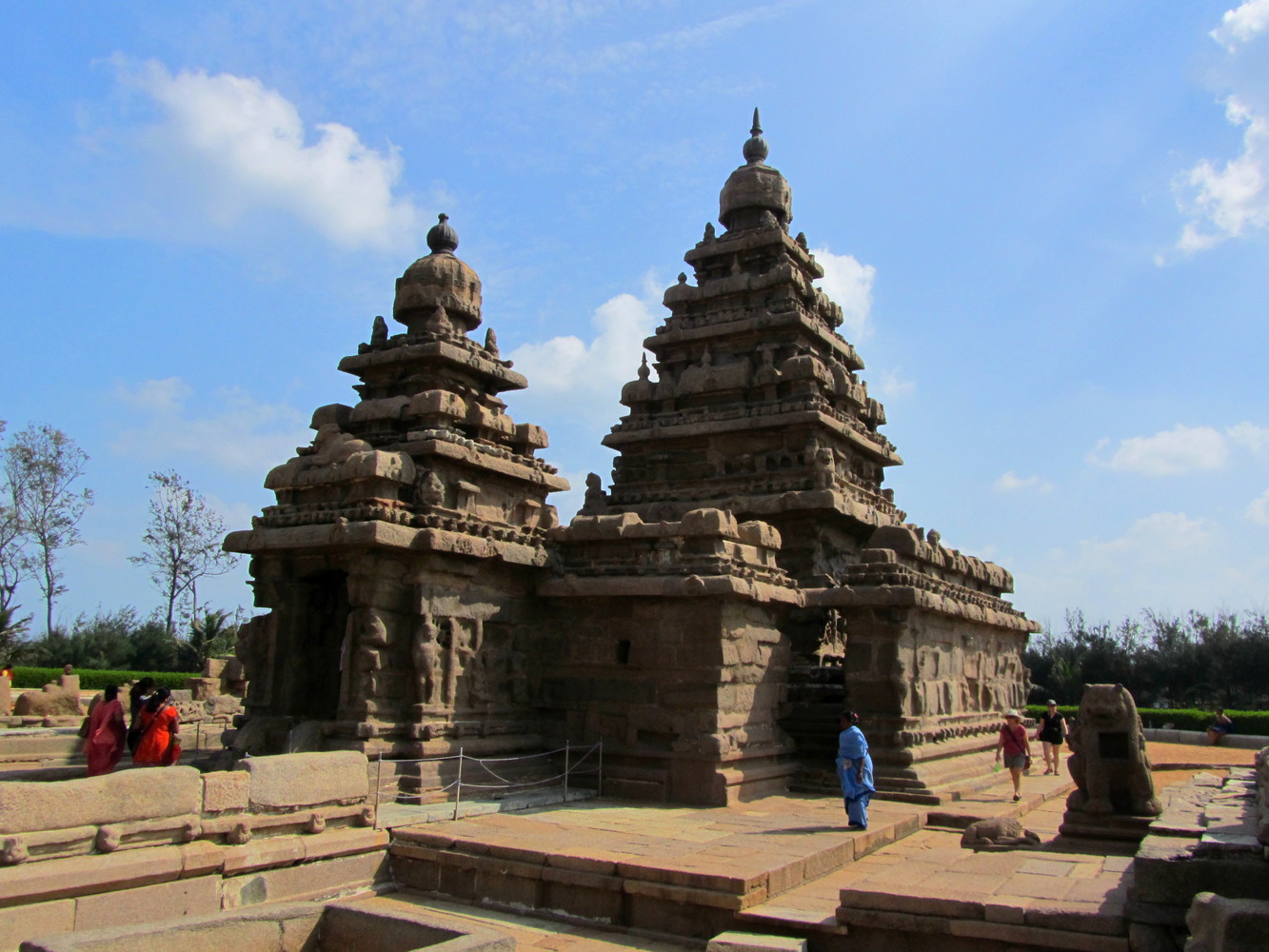 In the afternoon, we headed to Pancha Rathas. Each of the five monuments in the Pancha Rathas resemble a chariot (ratha) and each is carved out of a single, long rock. The monoliths are named after the five (pancha) Pandavas and their common wife Draupadi, of epic Mahabharata. These names are considered to be a misrepresentation as the monuments have no link to the characters of Mahabharata. 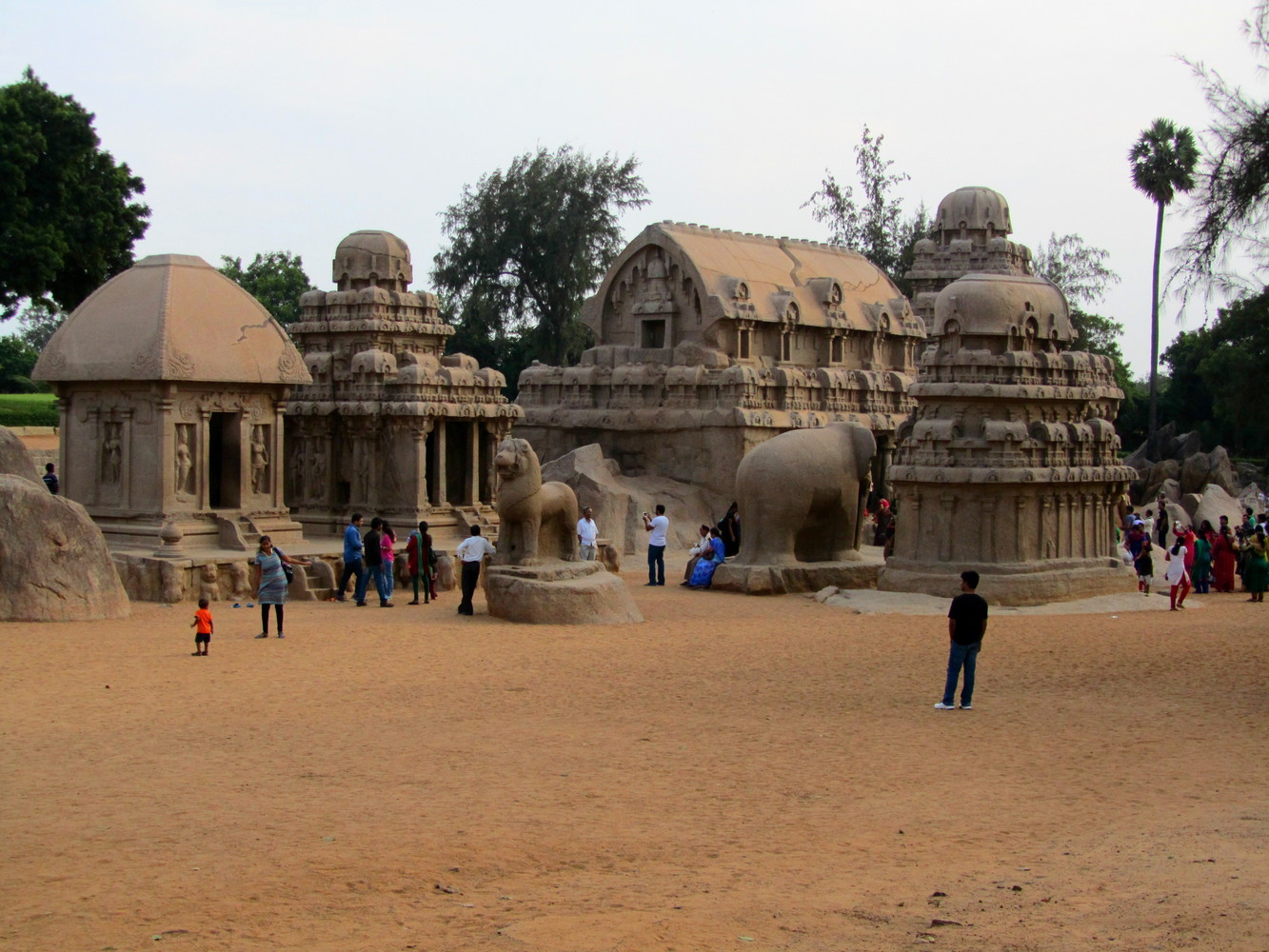 Pancha Rathas; Arjuna Ratha is the second monument from left 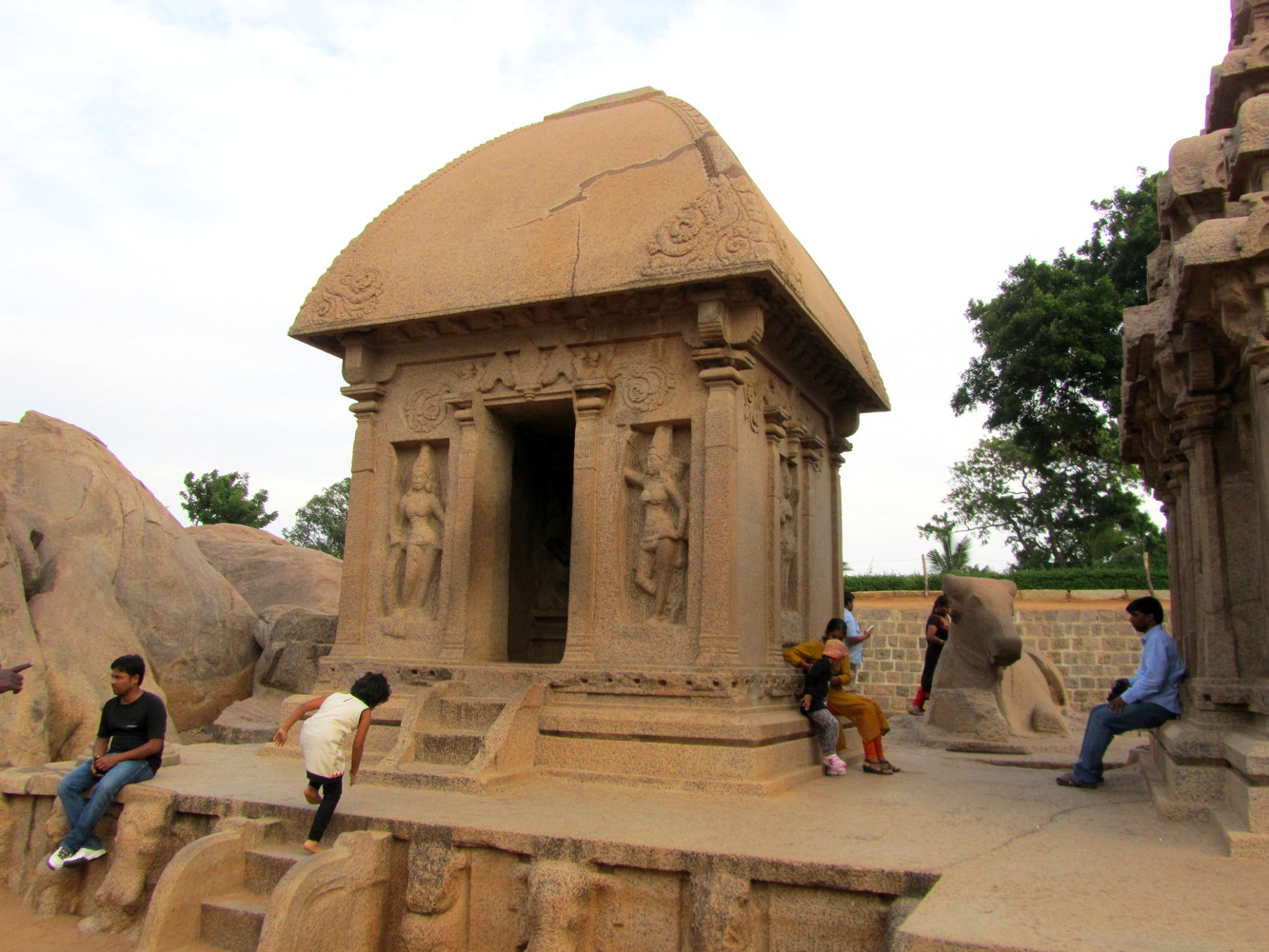 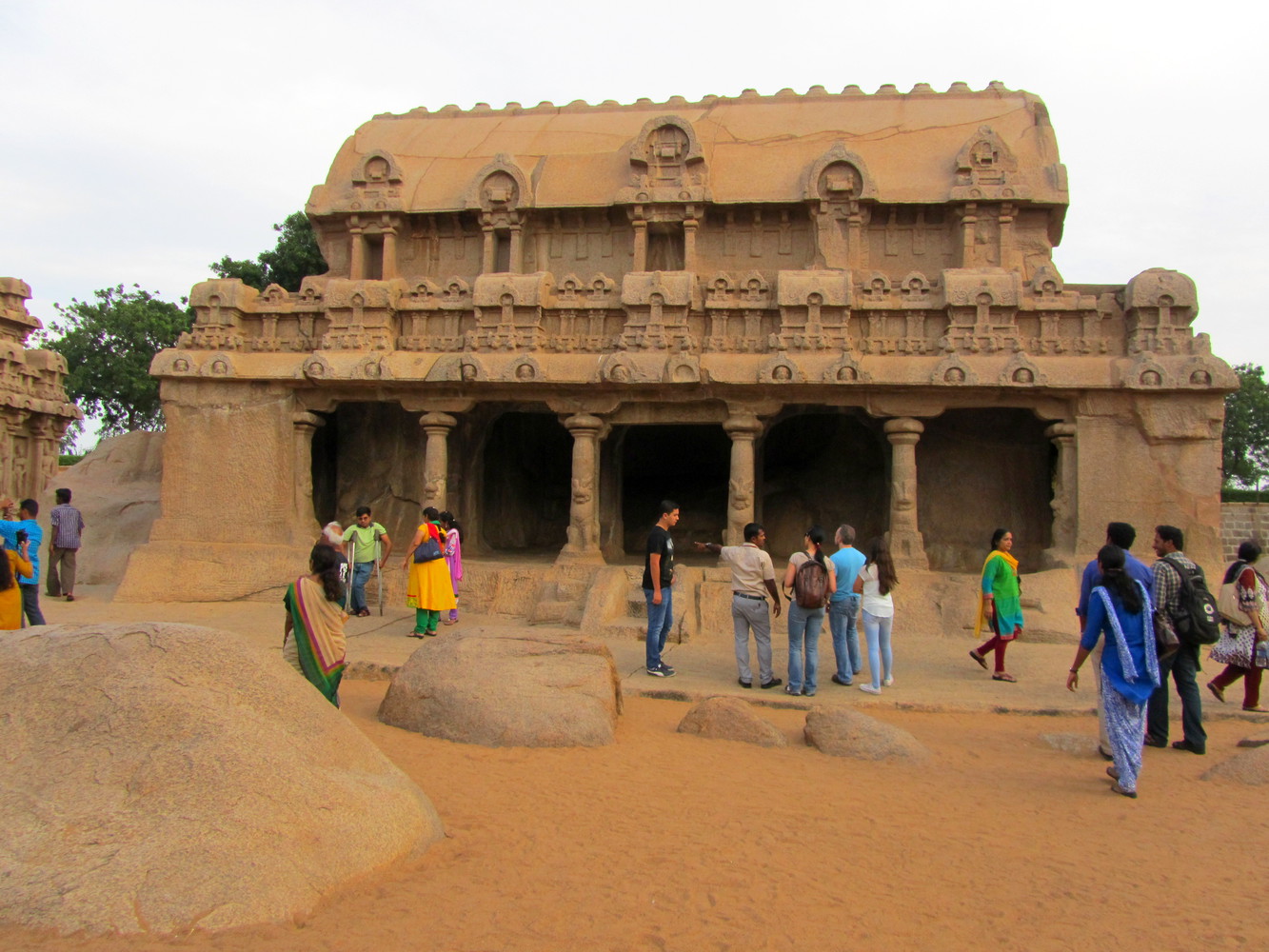 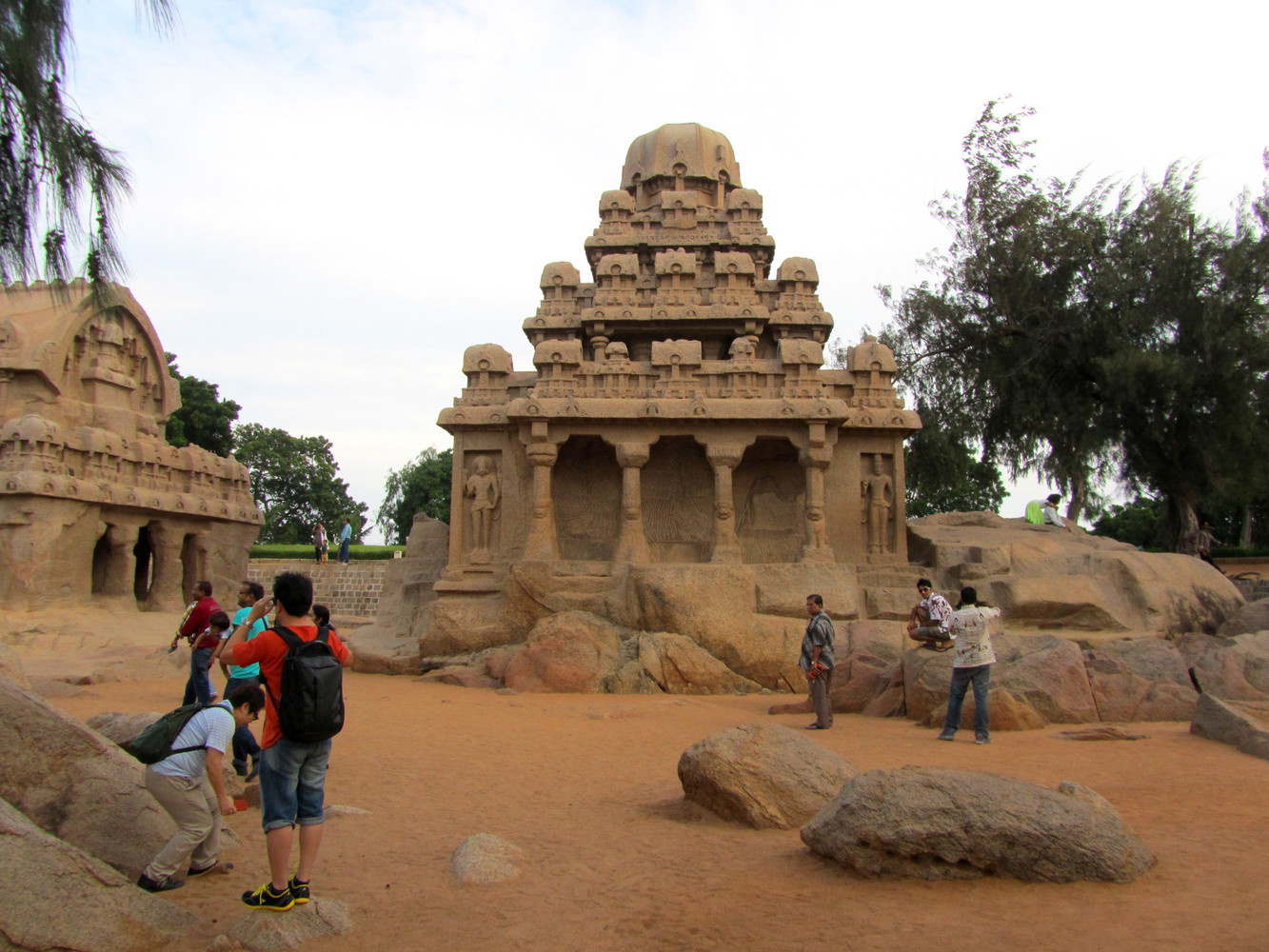 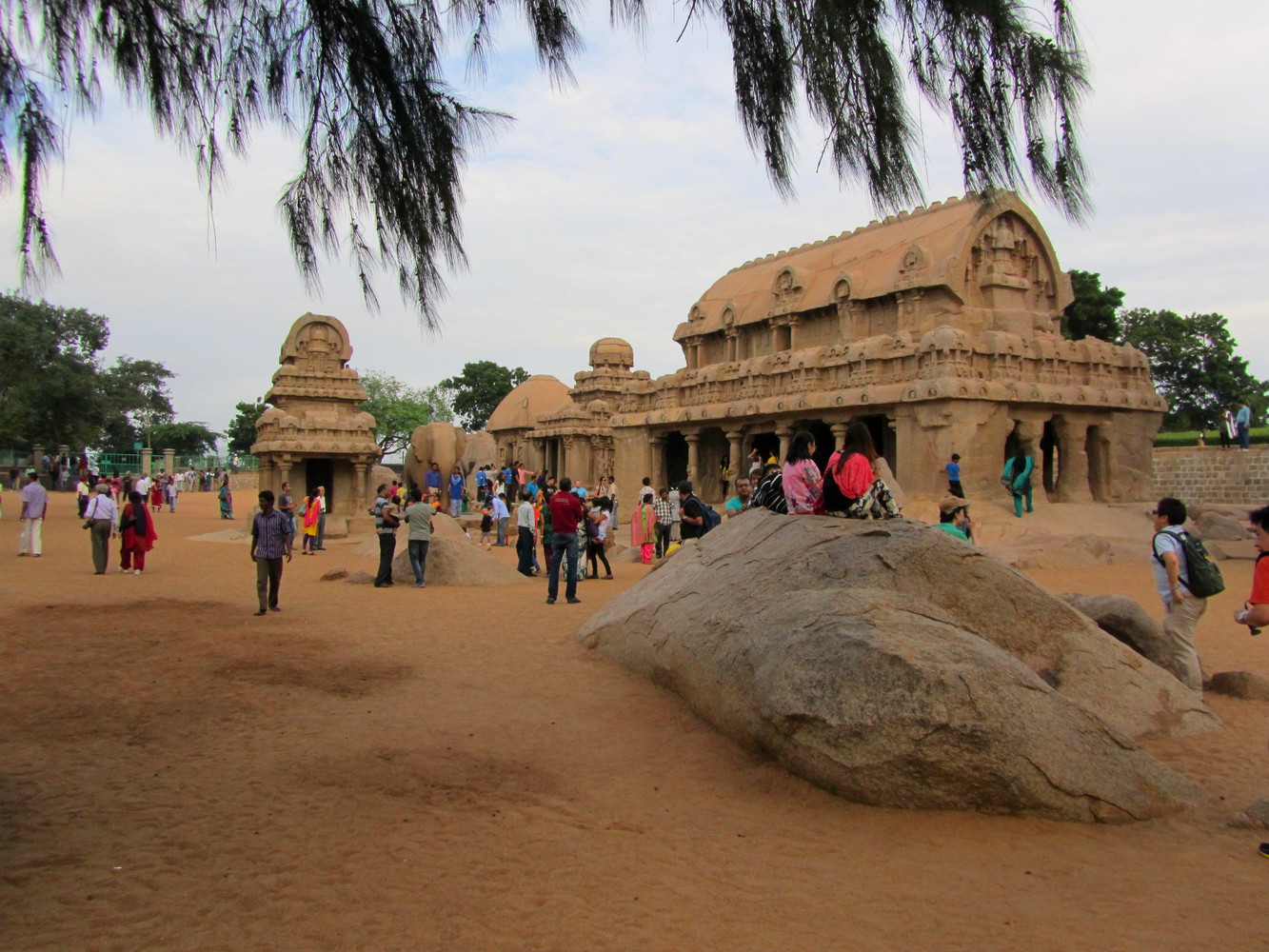 There was weekend crowd at Pancha Rathas. After some time we walked to India Seashell Museum. This is the largest sea shell museum in India. A huge variety of shells are on display. We also spent some time at an Aquarium and a shopping area inside the museum campus. 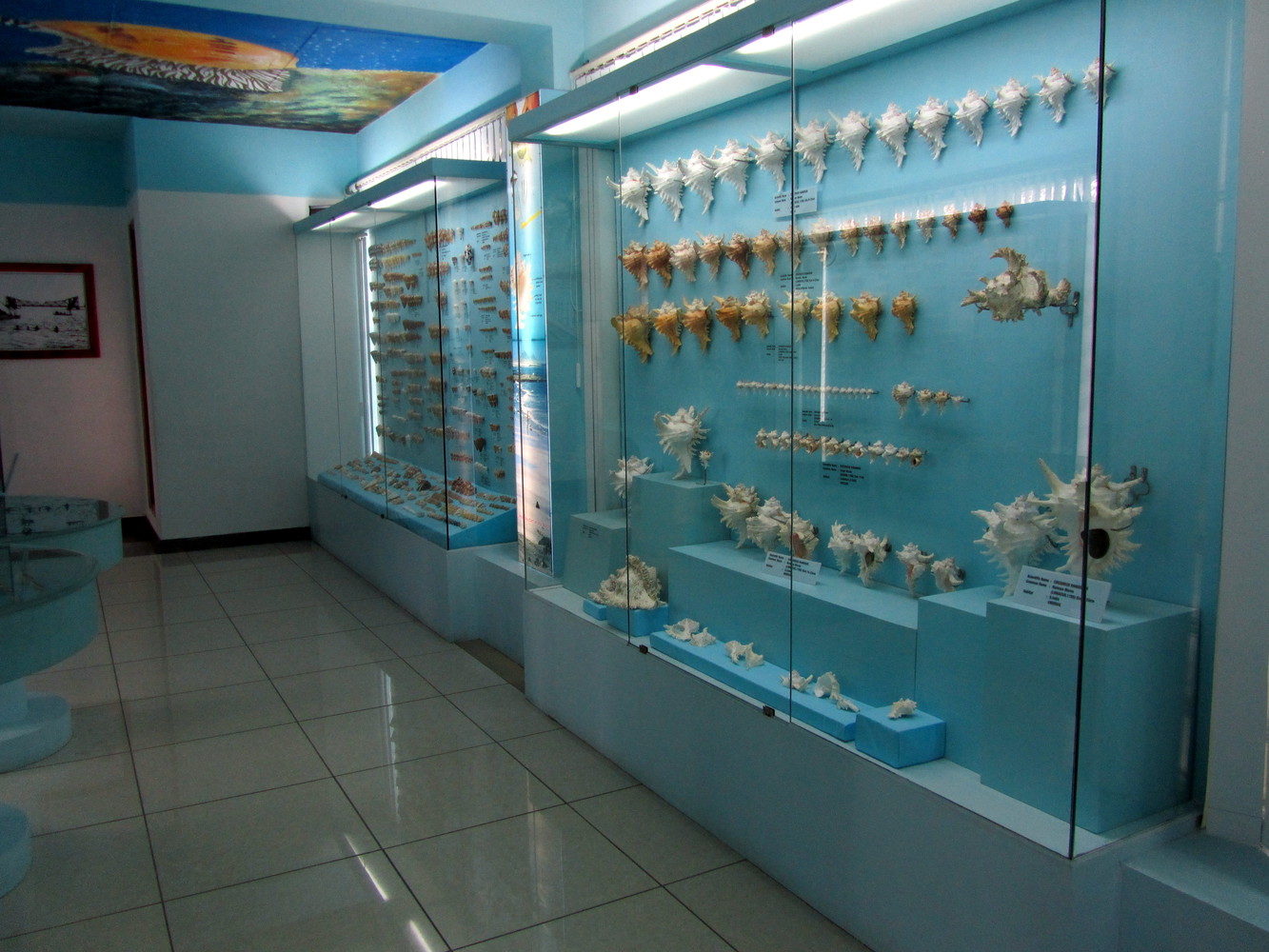 We started walking back towards the hotel after visiting a few more monuments. Here are some of the pictures we clicked along the way. 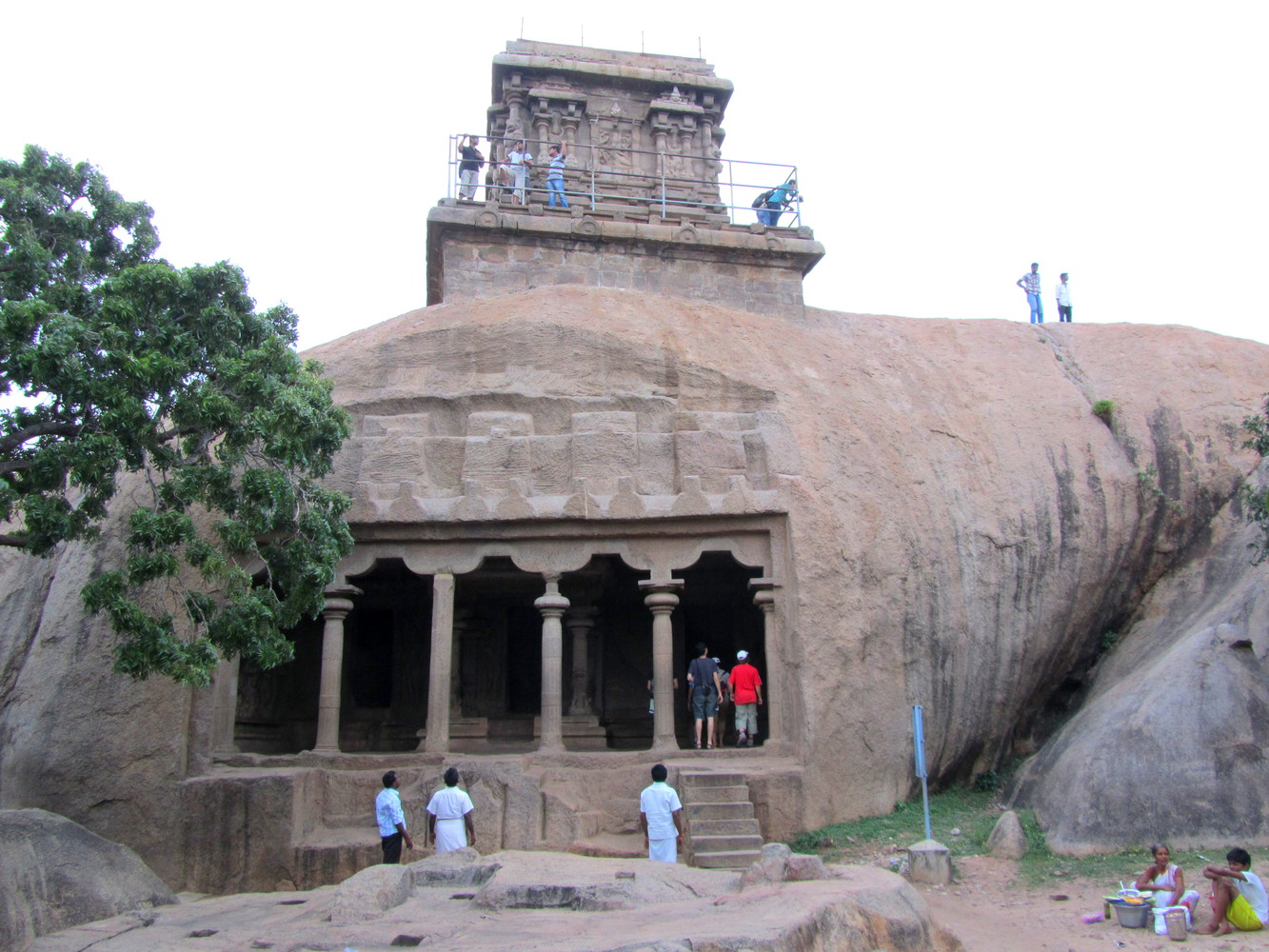 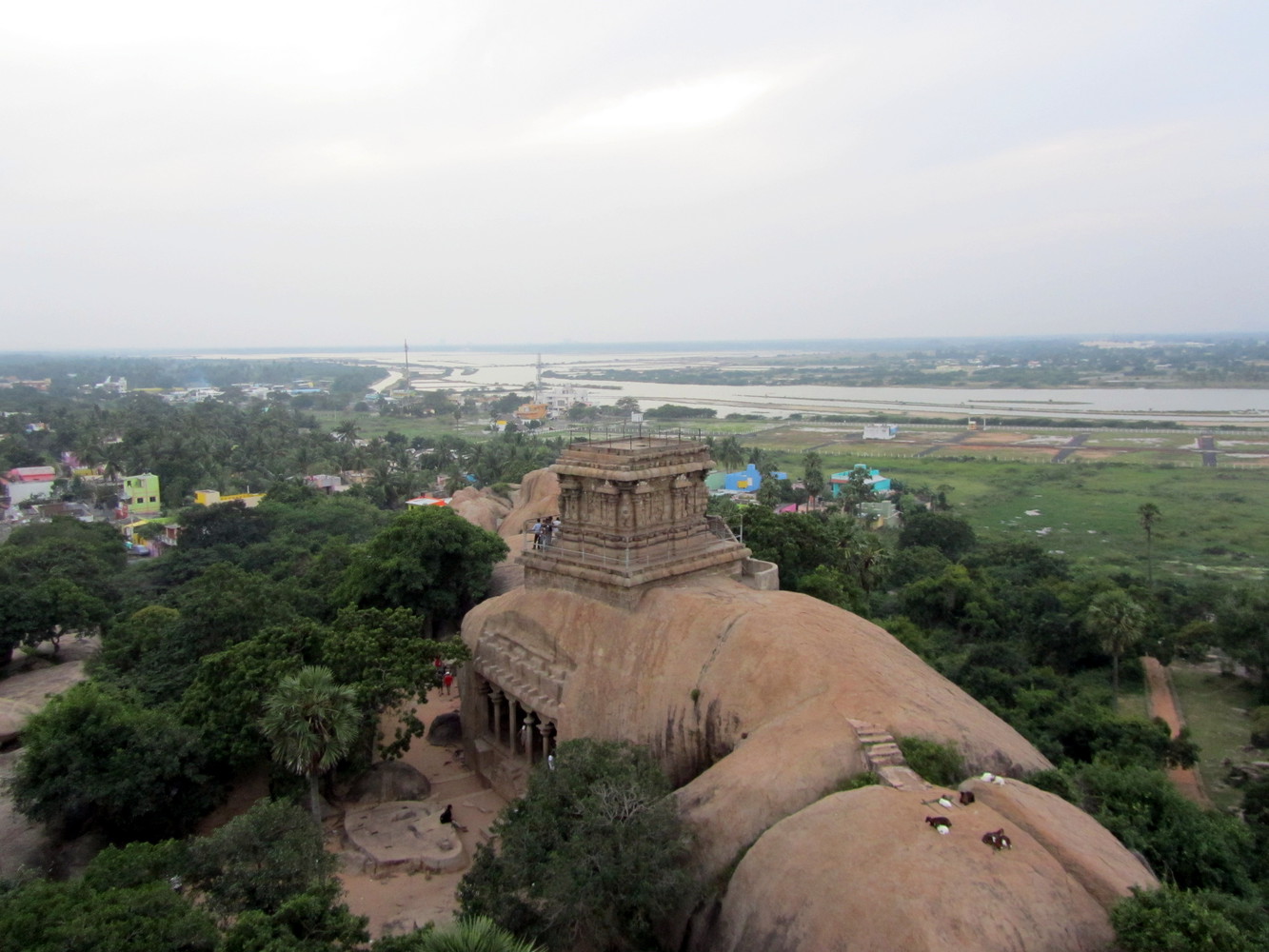 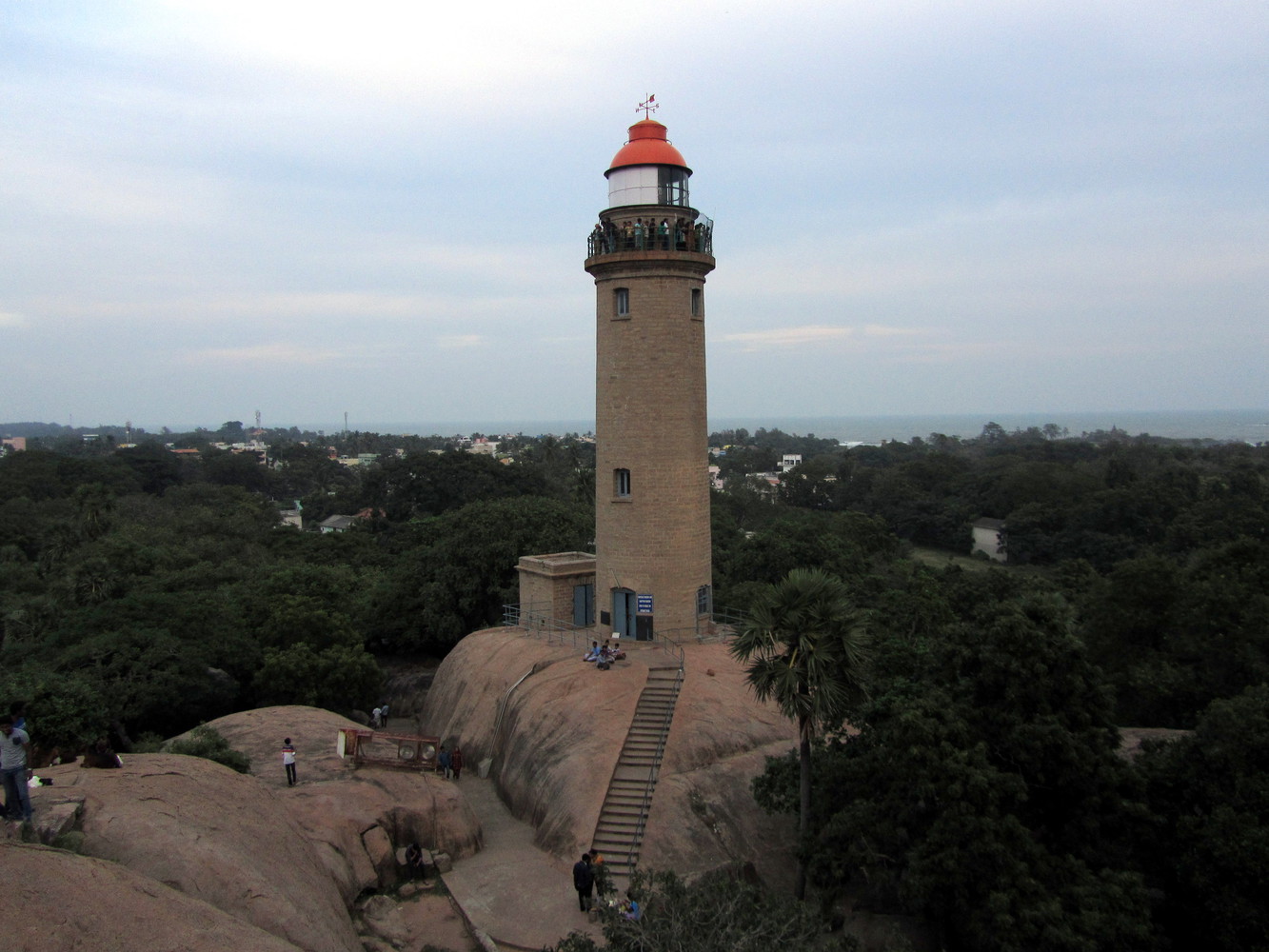 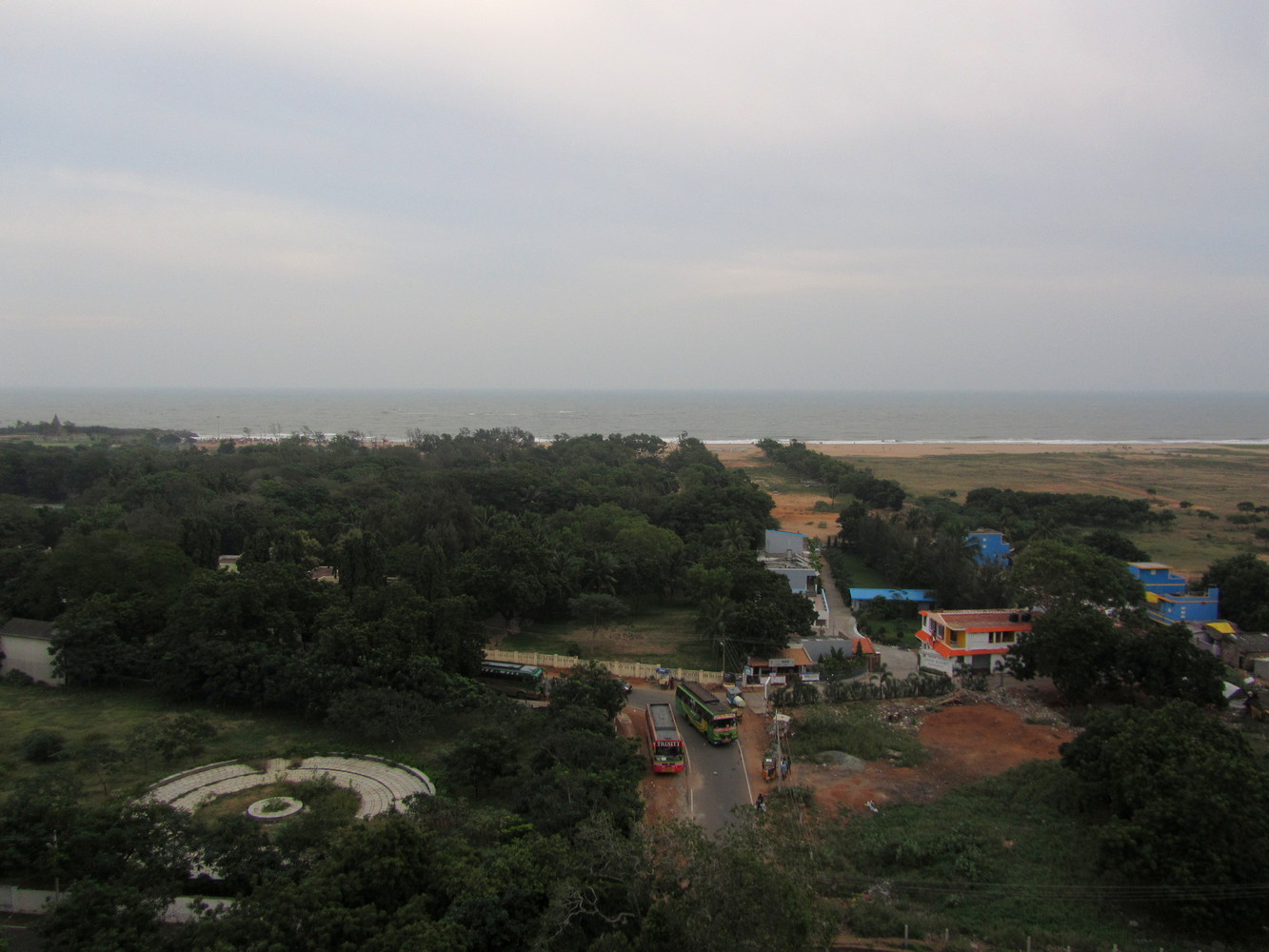 In the night we went to the sea beach near the Shore Temple. The beach was not clean. We did not feel like getting into the water. We ate scrumptious dinner at a roof top restaurant and called it a day.

On Day 2, we visited Krishna's Butterball. It is a giant balancing rock, 5 meters in diameter, perched on a smooth slope. 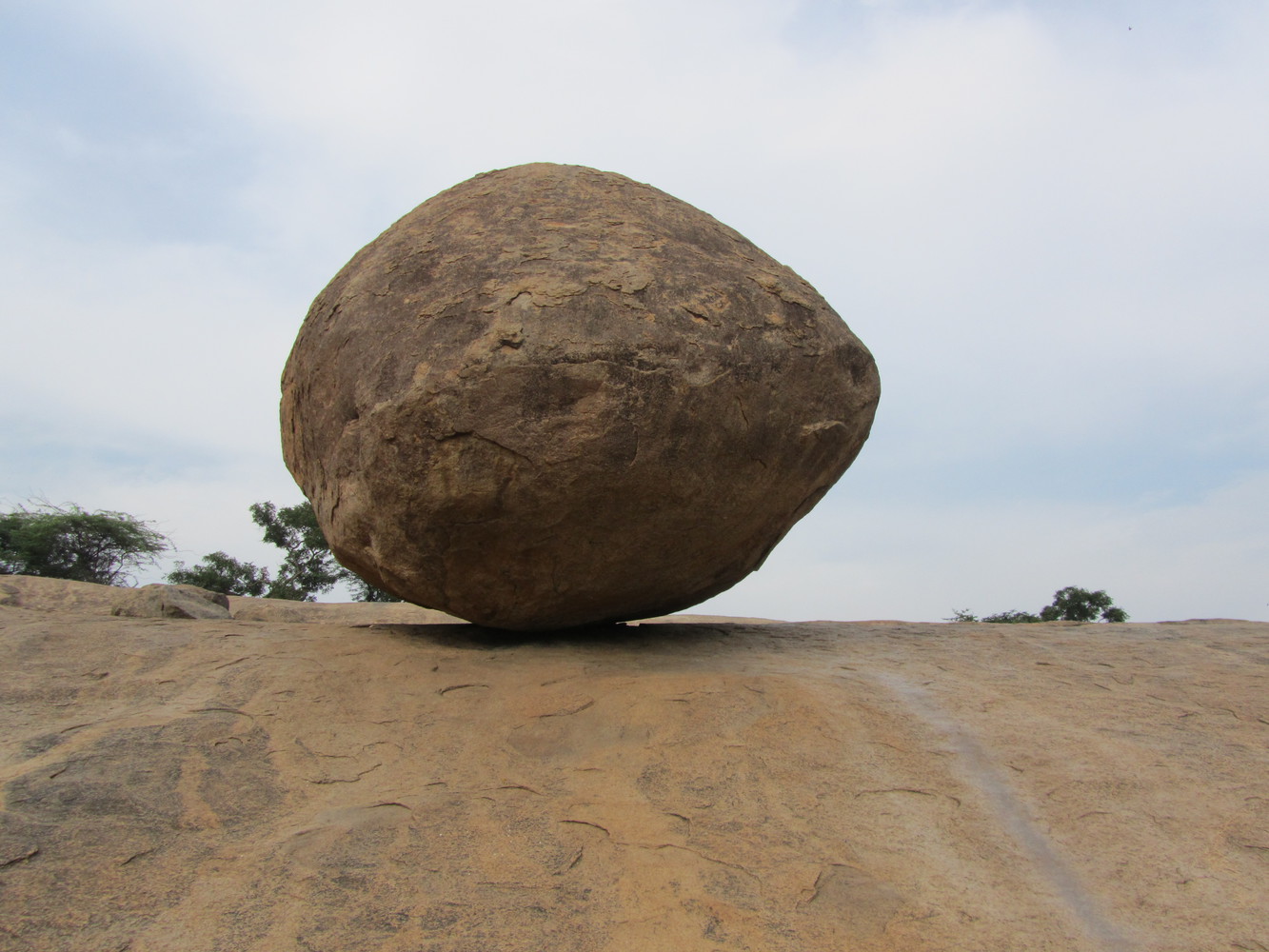 We visited Varaha Cave, a monolithic rock-cut temple. On one of the walls it has Trivikrama, the giant form of Vamana, the fifth avatar of Vishnu featured on sculptured panel. 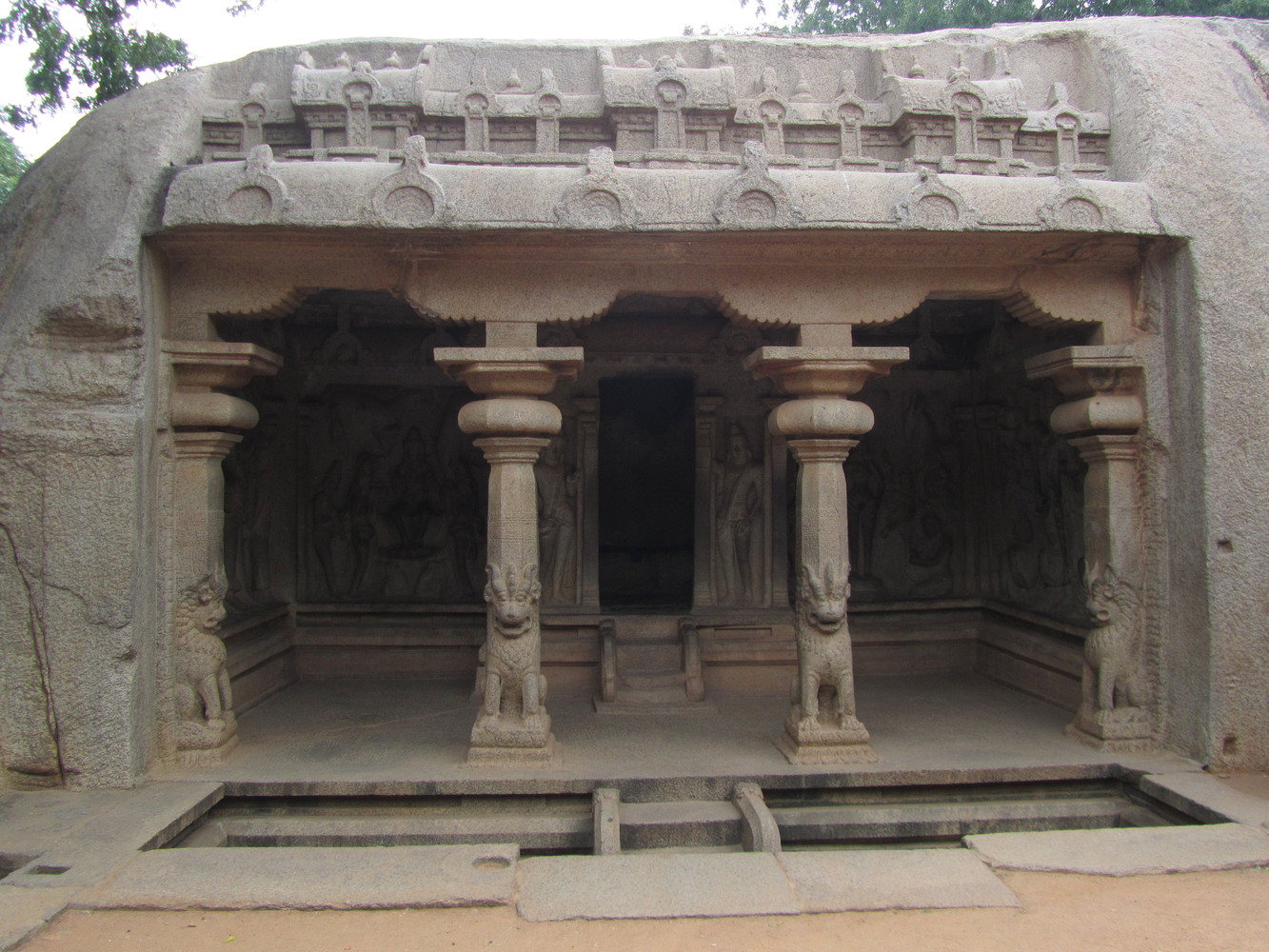 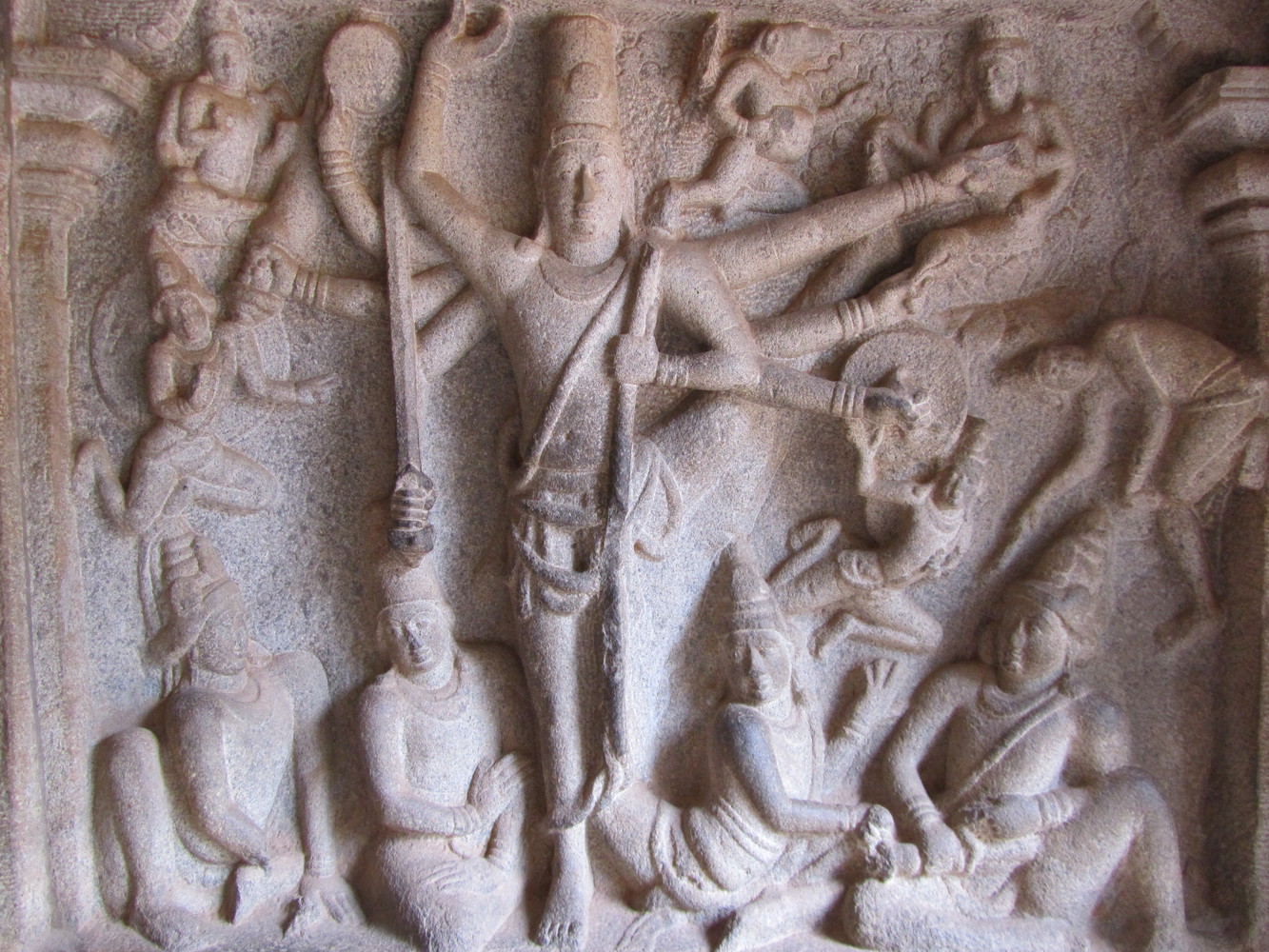 We visited Rayar Gopuram, Arjuna's Penance and Krishna Cave Temple. Contrary to its name, the Rayar Gopuram does not have a Gopuram. It is just a large structure to support a Gopuram that was never constructed. Arjuna's Penance is also known as the Descent of the Ganges. It is also carved out of a monolithic rock just like many other monuments of Mahabalipuram. 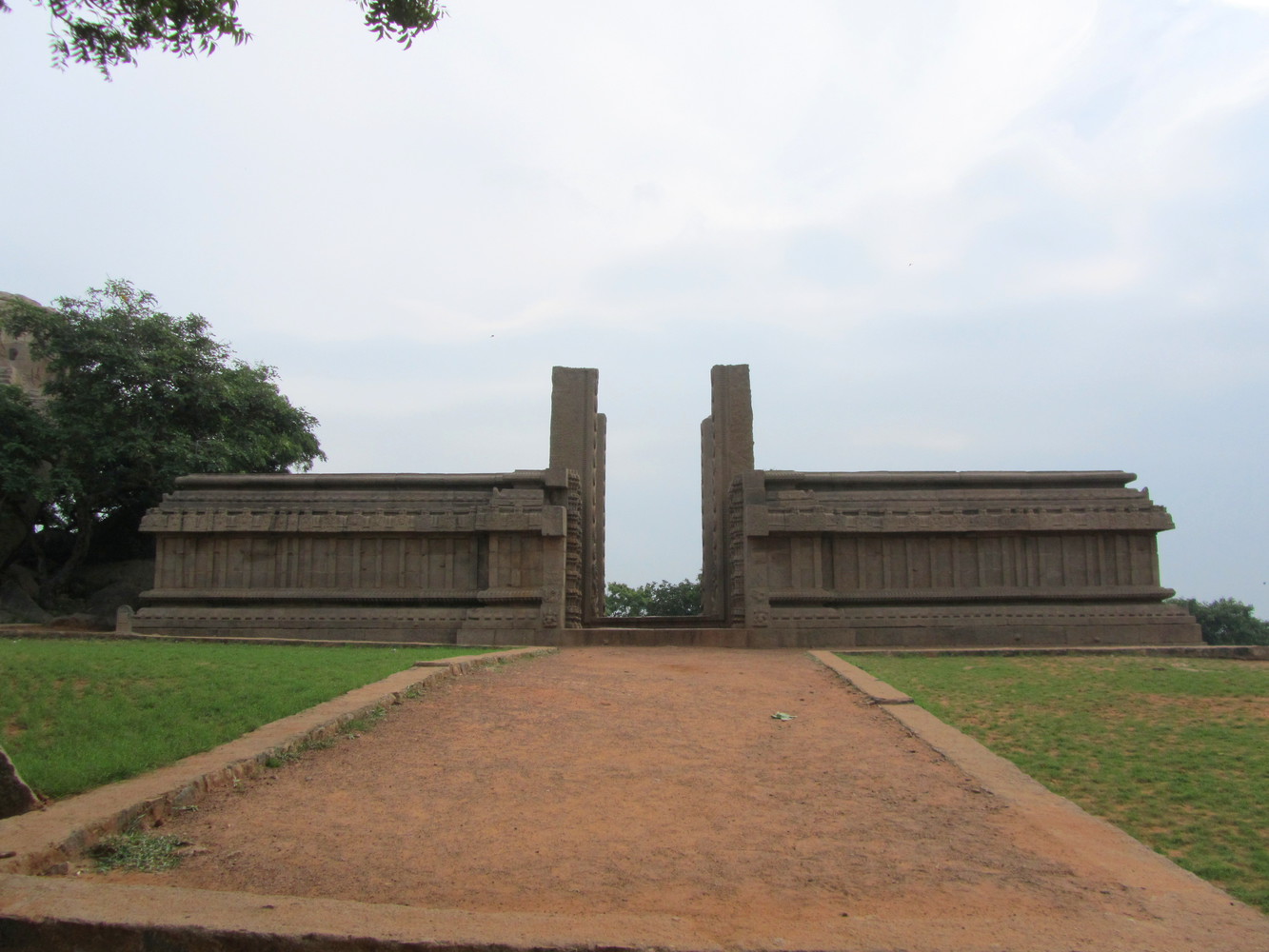 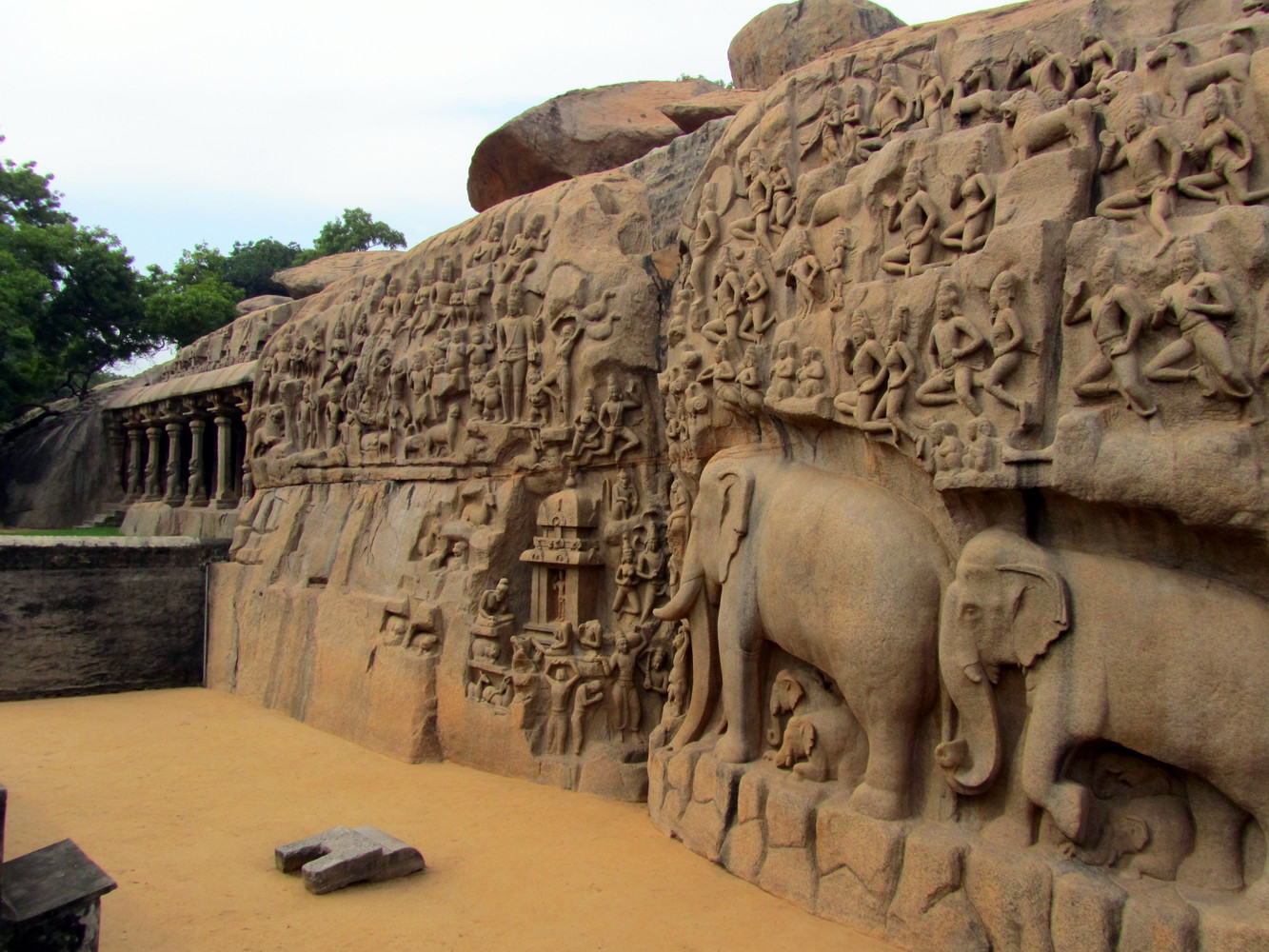 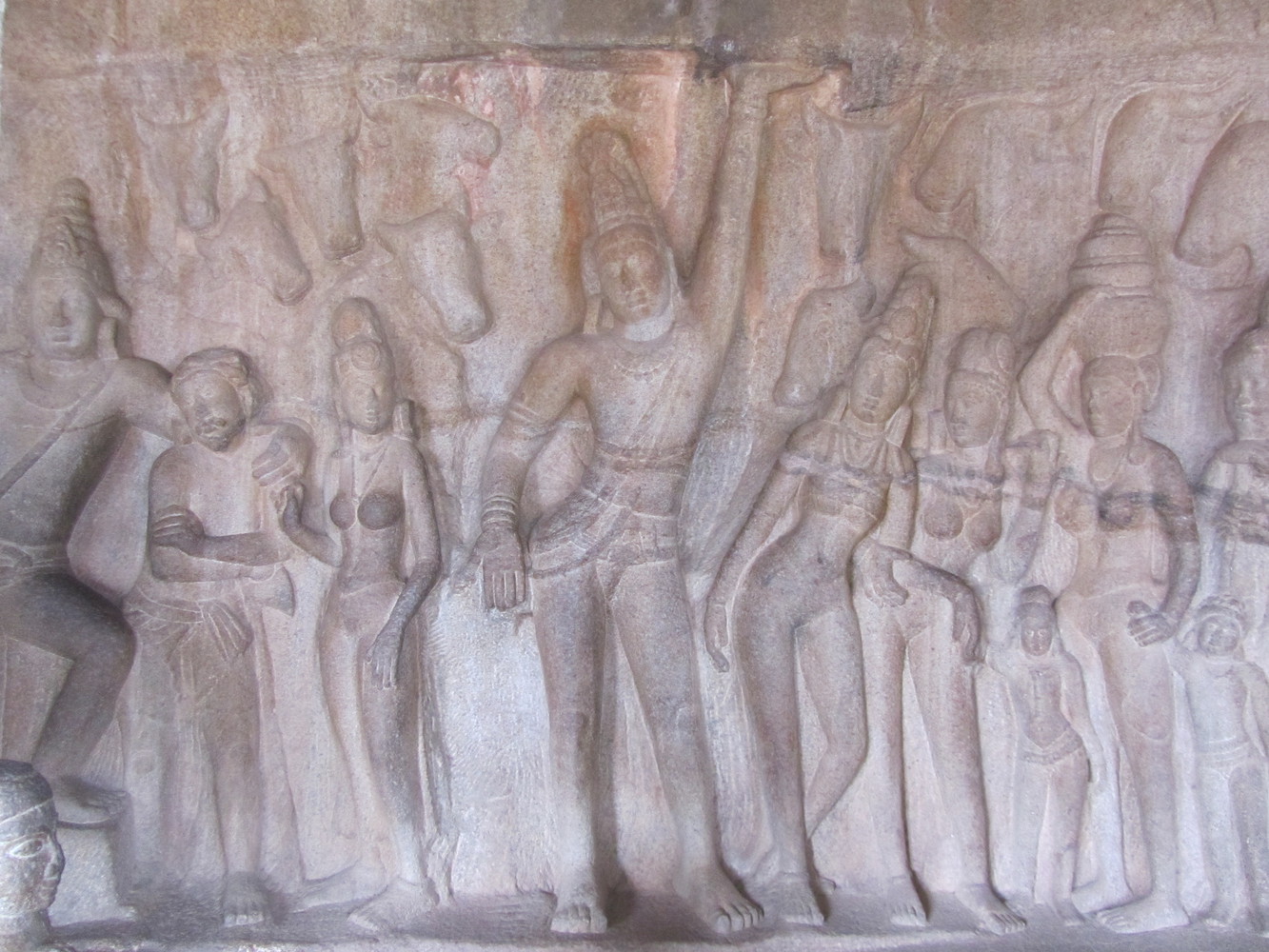 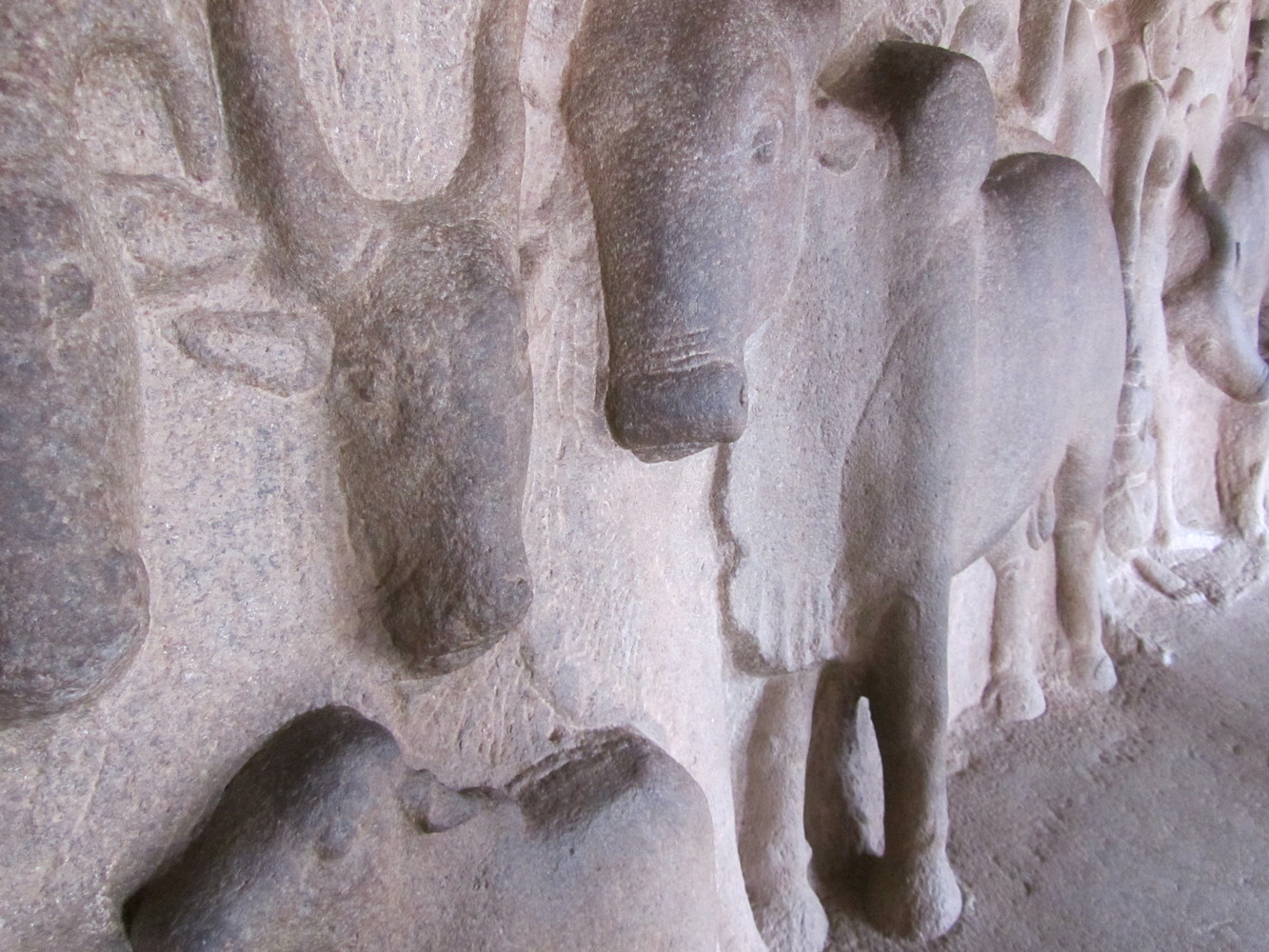 We hired an auto rickshaw to visit Tiger Cave which is about 5 km from the centre of Mahabalipuram. Tiger Cave is a tiger headed rock-cut temple. 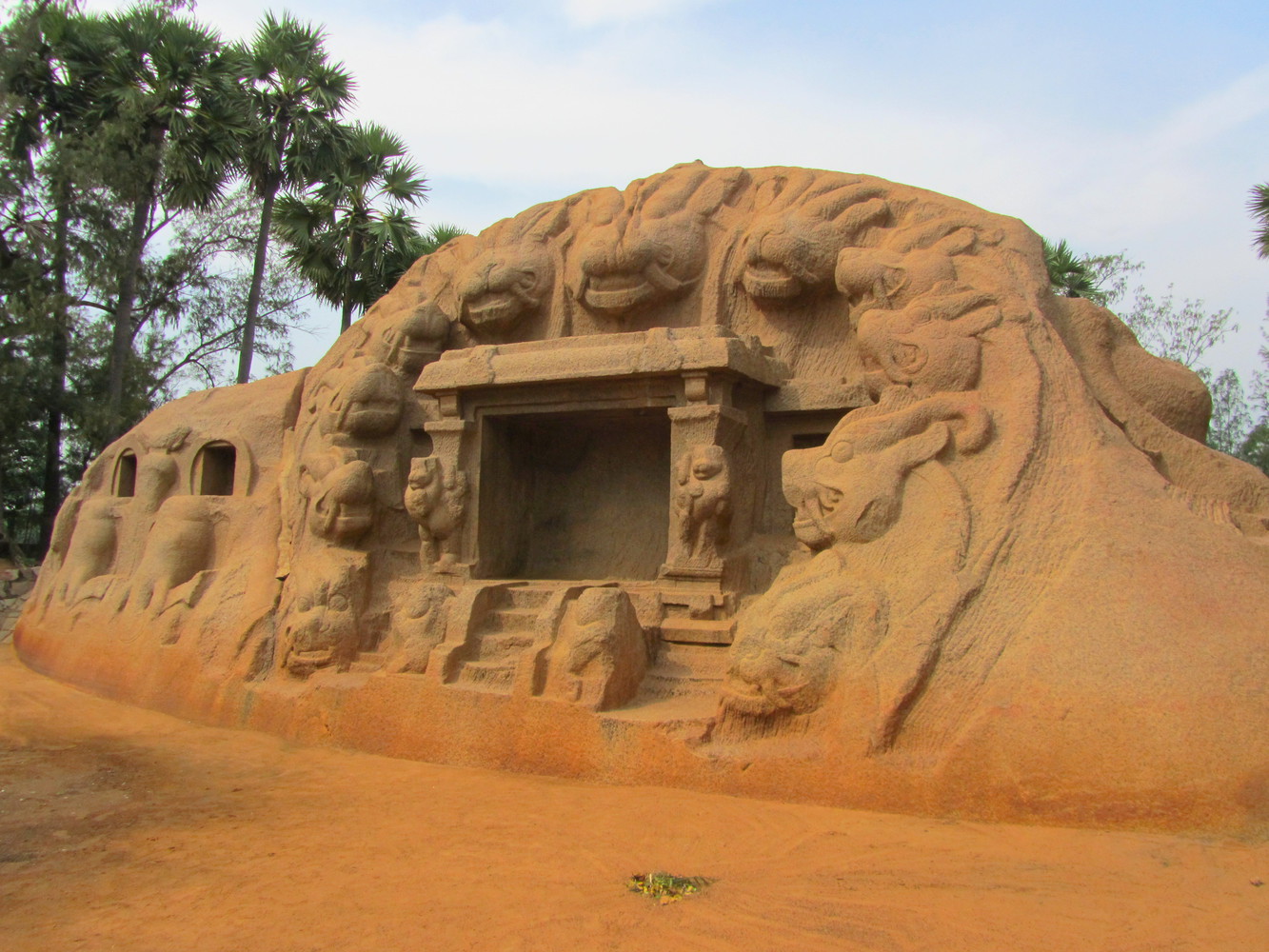 We also saw Atiranachanda Cave, a rock-cut Shiva temple. We spent some time at the Sea shore near Tiger Cave and with that our sight seeing at Mahabalipuram came to an end. 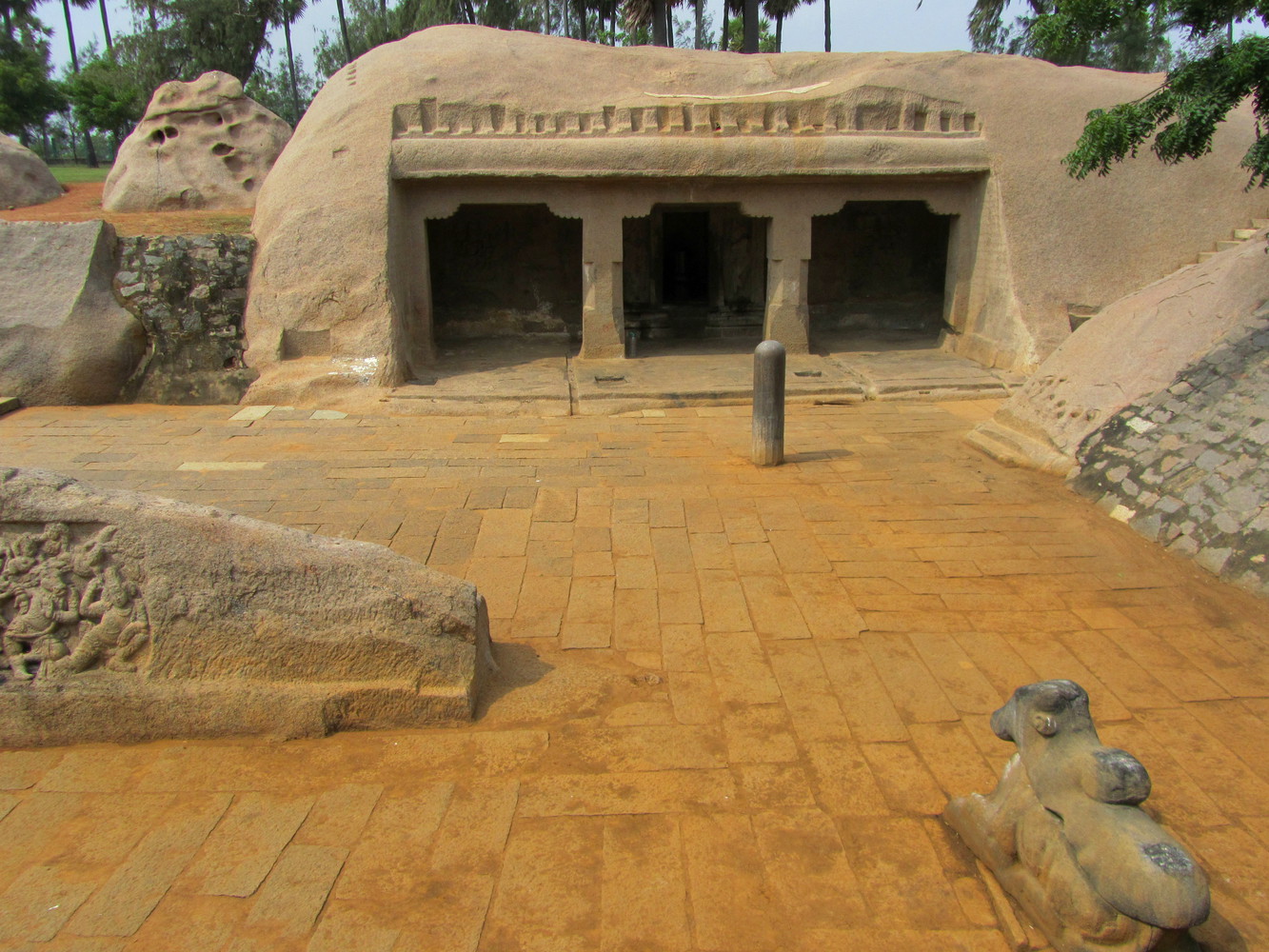 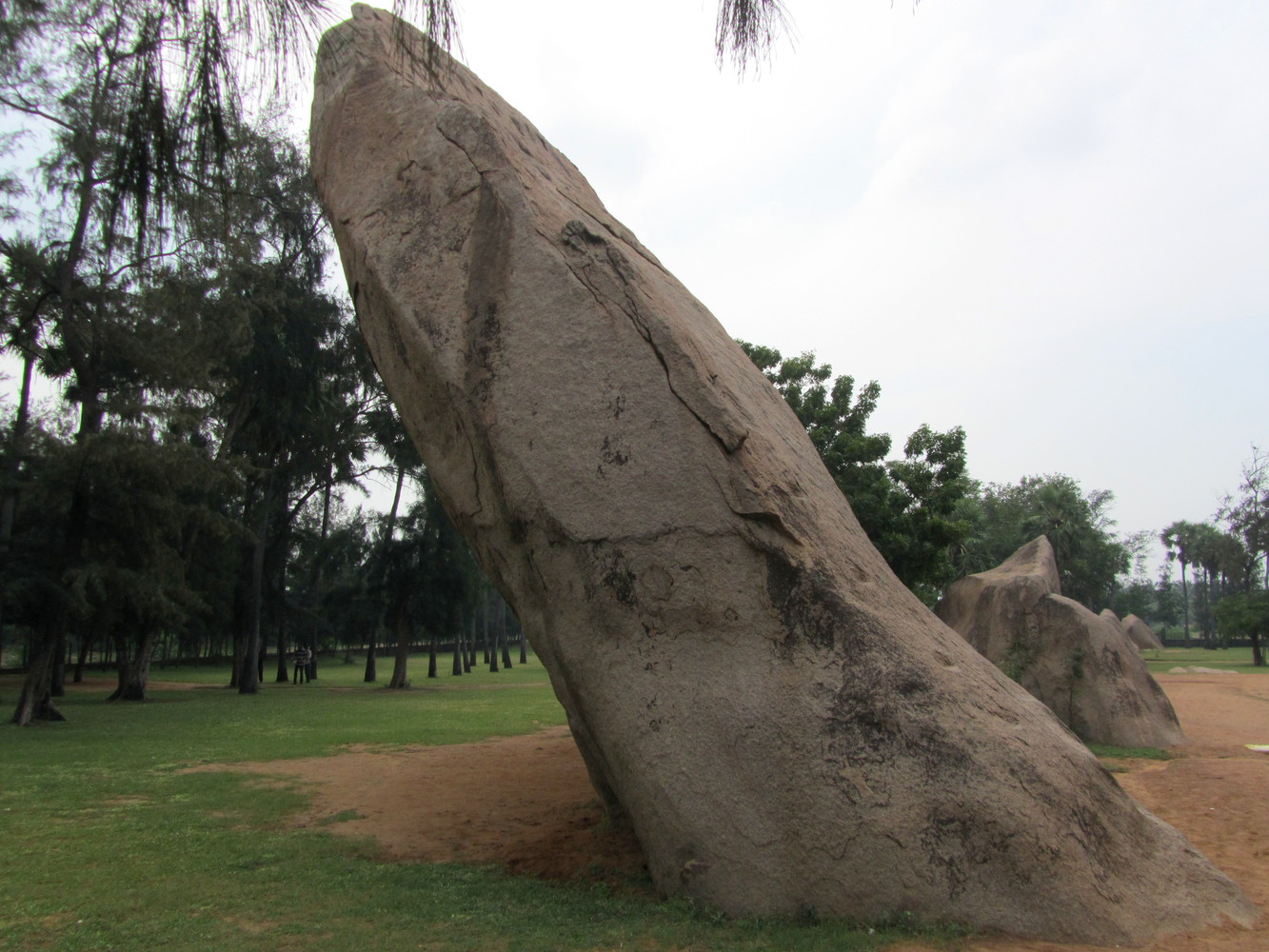 Most of the monuments in Mahabalipuram are at walking distance if you choose your place of stay right. We had our hotel at Ottawadai street, a wise decision we made while booking online. However, once in the hotel we found it to be pleasant but not upto our expectations. It was not as luxurious as it appeared in the pictures.

Mahabalipuram offers delicious food especially for a sea food lover like me. 😊 One must try their masala fish fry of white snapper and fried calamari rings. Chilli cheese toast or mushroom pancake at Silver Moon Cafe would make a good breakfast.

We left Mahabalipuram with good memories and excitement to explore Pondicherry. 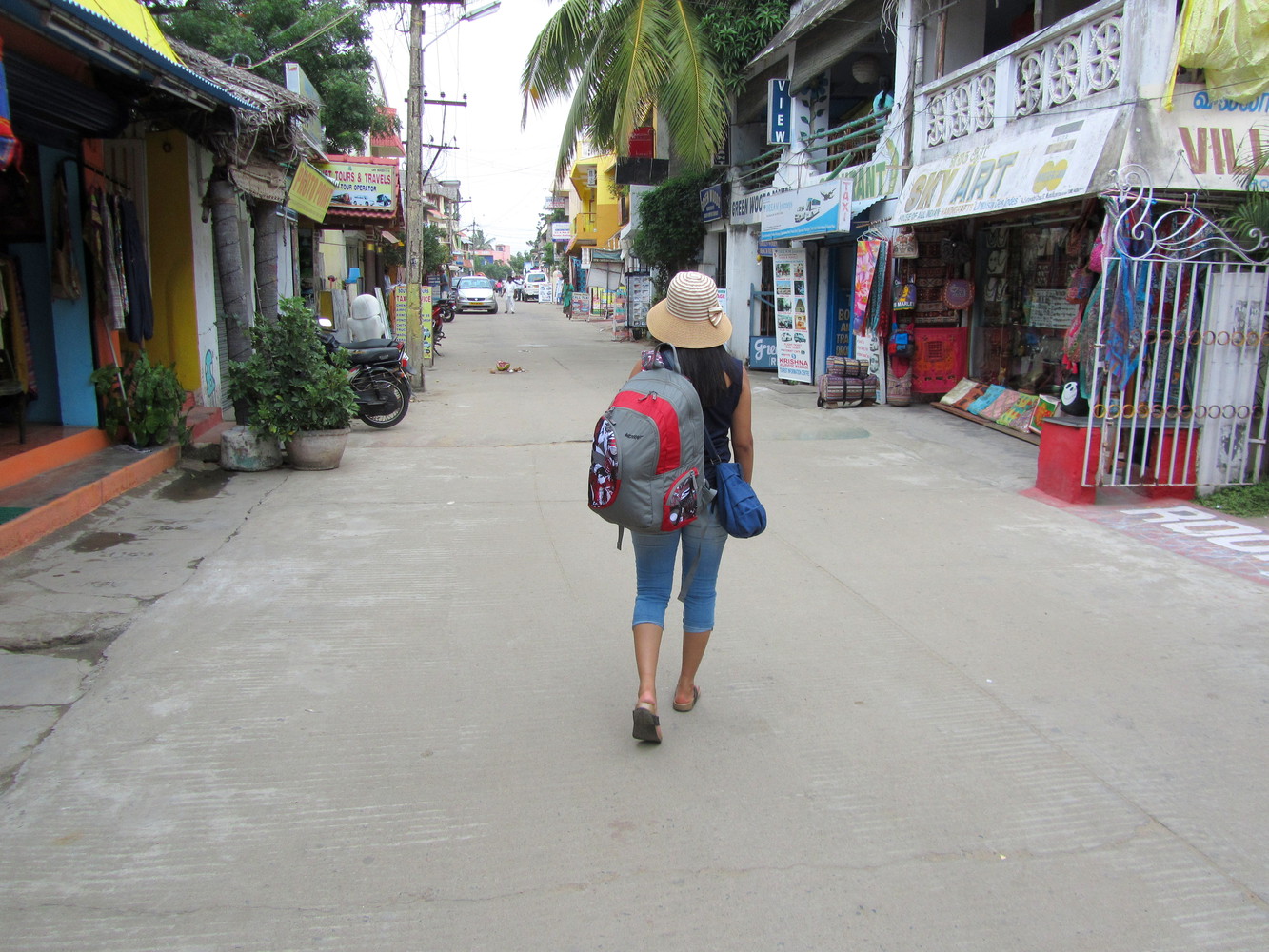 Leaving Mahabalipuram for the next leg of the trip to Pondicherry.
I am not a solo traveller. 😊 Susam clicked this picture as he walked behind me. 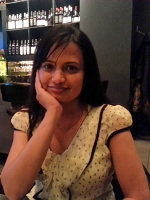